Remove these 7 things from your resume ASAP 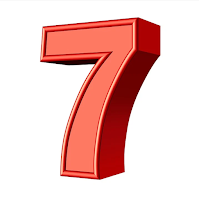 We constantly hear about what you should put on your resume, but we rarely talk about what to leave off.

As the CEO of a resume writing service, I’ve read more than a thousand resumes this year so far, and I’ve seen a lot of “junk” that doesn’t belong — things that can hurt your chances of landing an interview.

If you want to write a resume that says “Hire me,” then every word, number, line and achievement must be carefully considered. So let’s hit the backspace button on seven commonly overlooked things you should remove from your resume ASAP — and why:

Love esports? Camping? Coin collecting? Gardening? Everyone has a hobby, and most people think that the more unique it is, the more it will make them stand out from other candidates.

But hiring managers don’t care about how you spend your free time — at least not immediately. They have deadlines and large piles of resumes to review, and right now, they’re just focused on finding candidates who meet the requirements.

Of course, it’s okay to include your hobby if it’s related to the position you’re applying for. If it’s a finance job, for example, mentioning that you like to dabble in cryptocurrency investing can be seen as a plus. But if you’re trying to land a medical research assistant role, don’t bother.

Surprisingly, many candidates still make the mistake of using personal pronouns — “I,” “me,” “we” — on their resume.

5. The wrong kind of email

Hiring managers want candidates who are at least somewhat tech-savvy ... and that means not having an email address from an outdated account like AOL or Hotmail.

When in doubt, just stick with a Gmail or Outlook address.

See all 7 things to remove and the complete CNBC article

Email ThisBlogThis!Share to TwitterShare to FacebookShare to Pinterest
Labels: resume

How to answer those bizarre riddle questions in a job interview

My niece Marley recently had a job interview for a quirky Michigan-based retailer. Towards the end of the interview, the manager asked her: “If Batman and Lobster Boy got into a fight, who would win?”

Her response? “Is the fight above or below water?”

She was hired on the spot.

I admit, I would have folded under that type of question and probably chosen Batman for no other reason than he’s Batman. But questions like this are more commonplace as companies try to screen for culture add.

In his book, How Do You Fight a Horse-Sized Duck? Secrets to Succeeding at Interview Mind Games and Getting the Job You Want, author William Poundstone offers insight and help. Poundstone admits he’s always been good at puzzles. After receiving several emails from friends who were going on job interviews and getting these riddle-like questions, he decided to write a book on the topic, collecting the unusual questions and offering advice on how to answer them.

“There are a lot of reasons companies ask these questions,” he says. “In tech, it’s almost a tradition to ask off-the-wall questions. This is also the case with startups that have a unique culture. For example, [eyeglass retailer] Warby Parker [managers] asks, ‘What’s the last costume you wore?’ They’re assuming you go to costume parties, which, in their opinion, means you’re hip.”

Why Creative Questions Are Effective

Candidates sometimes assume that creative questions are there to trick them, but the goal is to get the person out of the traditional interview mode. Everyone walks in with standard prepackaged answers to questions like, “Talk about a time when you disagreed your supervisor.” Or “What’s one of your biggest weaknesses?”

When the interviewer asks something out of left field, they can see how well the candidate handles a challenge. The added benefit is that these questions can help remove unconscious bias.

“There is an awful lot of subjectivity in interviewing,” says Poundstone. “It’s an exercise in confirmation bias. Interviewers make snap judgement about applicants when they come in, and they ask softball questions to confirm what they already think.”

The advantage to asking creative questions is they don’t always have a right or wrong answer, and they can provide a reality check when properly used, says Poundstone.

“The questions should deal with intangibles that are not on a résumé,” he says. “It’s checking to see if the person can think on their feet, which can indicate how well they learn on the job. The best way to use them is to make them standardized, asking the same question to each person so you have some baseline for evaluating. If you ask a different question, you’re in danger of giving an easier question to someone you like.”

How to Answer Them.....  Read how to answer the questions and the full Fast Company article